Sermon on Mark 6:1-13 offered to the people of the Church of the Redeemer in Bryn Mawr, Pennsylvania. 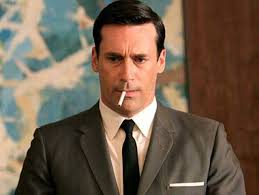 In the first episode of Mad Men, AMC’s long-running drama about 1960s advertising executives, the protagonist makes the following observation about the nature of their work: “Advertising is based on one thing: happiness. And do you know what happiness is? … It’s a billboard on the side of a road that screams with reassurance that whatever you’re doing is okay. You are okay.” There’s a profound irony to this statement, especially since the rest of the show is devoted to the various ways that the characters in the series are not okay. Indeed, everyone seems plagued by a deep sense of despair, even as they project to the world that everything is under control. This desire for reassurance did not originate on Madison Avenue. Human beings have always sought confirmation that whatever they are doing is acceptable.

This deeply human impulse is in the background of the reading we just heard from Mark’s gospel. This passage arguably describes one of the more relatable incidents in the life of Jesus. Returning home after leaving the nest and discovering that the people you left behind aren’t all that impressed with you is a rite of passage. Indeed, Jesus’ observation that “prophets are not without honor, except in their hometown” feels roughly equivalent to that well-worn bromide: “you can’t go home again.” Despite its innate familiarity, there is also something mystifying about this moment in the life of Jesus, especially in the way that Mark records it. The gospels according to Matthew and Luke both include versions of this incident. In Luke’s account, the crowd is initially impressed with Jesus, but turns on him when he suggests that Gentiles might be equal to Jews in the eyes of God. Matthew’s account is closer to the one we heard this morning, though the crowd’s main objection is that they don’t understand how Jesus could presume to speak with authority, since they know his family and where he came from. Mark, on the other hand, offers minimal explanation as to why the people who grew up with Jesus take offense at him. We’re told nothing about the substance or the form of what Jesus said on that sabbath day. Now, it could be that this is an oversight on the part of Mark’s gospel. Mark, after all, is economical with his words. Perhaps we’re meant to extrapolate from the other gospels and assume that Jesus quoted Isaiah 61 and announced that the Scripture had been fulfilled. I wonder, however, if there is a deeper and, frankly, a more unsettling reason Mark tells us so little about what Jesus said that day, one that is illustrated in the way that Jesus sends out the twelve immediately after the incident in Nazareth. When Jesus commissions the disciples, he doesn’t even offer vague instructions about what they should say. Instead, he spends most his time preparing them for the possibility, and in fact the likelihood, that they will be rebuffed: “If any place will not welcome you and they refuse to hear you,” he counsels, “as you leave, shake off the dust that is on your feet as a testimony against them.” In other words, going out in the name of Jesus sets one up for rejection. There doesn’t seem to be any ideological reason for this. Mark tells us nothing about the political content of what Jesus said in that synagogue in Nazareth; the fact that Jesus spoke at all was enough for those closest to him to reject him. Just so we’re clear, the word we translate as “take offense” is about more than being offended. It denotes categorical separation; in fact, it is the same word Jesus uses when says that all will become deserters when he is handed over to be crucified. This unsettling passage is a reminder that the gospel is not always received with enthusiasm.

The reason for this, the reason that Jesus was rejected for simply opening his mouth, is that his message so often failed to conform to people’s expectations. People were looking to Jesus for reassurance, for a sense that their best efforts were good enough, for confirmation that they were okay. This isn’t the first or the last example of Jesus failing to meet these expectations. The gospels provide numerous examples of people trying to get Jesus to confirm that their way of looking at the world is the right one. Think of all the people who probe Jesus with questions in order to get him to betray his political biases. It probably goes without saying that these efforts were fruitless. No one successfully pinned Jesus down during his lifetime, but that hasn’t prevented us from trying to do so ever since.

As an example, I’d point to a quotation that circulates on social media every so often. I’ve seen it in several forms, but the gist is something like this: “Jesus was a radical, nonviolent revolutionary who hung around with lepers, hookers, and crooks; was anti-wealth, anti-death penalty, anti-public prayer; but never mentioned abortion or birth control, never called the poor lazy, never asked a leper for a copay; and was a long-haired, brown-skinned, homeless, community-organizing, Middle Eastern Jew.” It’s pretty clear that whoever wrote this is portraying Jesus as an advocate for a particular worldview, one that presumably dovetails nicely with the author’s ideological assumptions. While there is nothing technically incorrect about this statement, it doesn’t offer the whole picture. As a colleague of mine observed, one could just as easily write, “Jesus was a rural born, pro-Israel nationalist who dined with rich people and government bureaucrats; told off-color jokes about foreigners; and said poverty was incurable. He advocated rigorous religious observance and personal responsibility. He never mentioned civil rights, feminism, or equal pay, and never advocated for government intervention in business or social issues.” There is also nothing incorrect about this statement.

What do we make of this discrepancy? Is Jesus a two-faced flip-flopper who will say anything to get ahead? Leaving aside the fact that Jesus’ ministry ended in crucifixion and death (which is about as far away from “getting ahead” as one can get), looking to Jesus for a political platform misses the point of his life and ministry. First of all, the obsession with absolute ideological consistency is a relatively recent phenomenon in the history of ideas. More significantly, the animating force behind the life and ministry of Jesus transcends ideology. Jesus was not terribly interested in the politics of his day, because he knew that politics come and go. Jesus was not a martyr for a cause, because he understood that people eventually lose interest in causes. Jesus’ purpose was to reveal that God’s will is to reconcile everyone to God. This simple, yet powerful mission is inherently disruptive, because it challenges our innate tribalism, our sense that it is God’s will for our team to win. The moment we think God is on our side is the moment that God will confound our expectations. Jesus is rejected at Nazareth because he refuses to allow the expectations of those around him to interrupt God’s mission of reconciliation. The mission of Jesus was not to tell us all that we are okay. The mission of Jesus was not to confirm our biases. The mission of Jesus is to transform the world through a knowledge that God’s love for creation transcends our narrow understanding of it.

This site uses Akismet to reduce spam. Learn how your comment data is processed.