I embarrassed myself the other day.

On Thursday, I had the honor and privilege of officiating at a parishioner’s funeral at the local veterans’ cemetery.  After the Committal ended, I stepped aside to allow representatives of the Navy to render the appropriate military honors.  It was a calm and beautiful day in West Texas, and the gathered congregation remained preternaturally quiet as they bore witness to the solemn ceremony.  Then, just as the sailors began the ceremonial folding of the American flag, my cell phone started to ring. 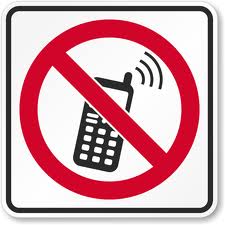 Under normal circumstances, I would have been able to turn it off by simply finding the appropriate button through my vestments (actually, under normal circumstances, I would have remembered to turn off my phone), but for whatever reason, I was unable to do so on this occasion.  The ring seemed to get louder and louder as I fruitlessly reached into my robes and groped for the offending device.  Finally, after inadvertently answering the phone, I breathed a sigh of relief as I pressed “end.”  Needless to say, since it was that sort of day, the person tried to call back immediately.  I was mortified and felt intensely regretful for the error.

To their eternal credit, the family of the deceased did not mention my failure to turn off my cell phone, nor did they comment on the fact that I had groped myself during the course of the funeral services.  In fact, no one mentioned it until I prompted another parishioner who was in attendance.  “I’m so embarrassed that my cell phone went off,” I told him, hopeful that he would be sympathetic.  He turned to me and somewhat incredulously asked, “Why are you embarrassed?  Because you’re human?”

There was profound wisdom and profound grace in this question.  Not only did this parishioner remind me that my call as a priest is not to be perfect, he also called to mind the reality that our humanity is not compromised even when we face the suffering of this world.  A cell phone ringing at a graveside can be a reminder that even in the face of death, we continue to be human beings.  An annoying distraction can become an acknowledgement that life continues even as we mourn those we have lost.  That cell phone ringing became a version of the proclamation we make at every funeral service in the Episcopal Church: “Even at the grave we make our song: Alleluia, Alleluia, Alleluia.”

I pray that God will give us grace to see the faux pas in our lives not as mere distractions, but as reminders of the Resurrection life promised to each one of us through Jesus Christ.