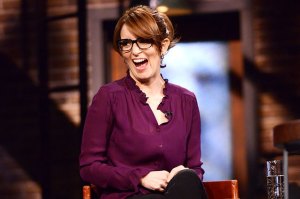 The other night, I watched James Lipton interview Tina Fey on Inside the Actor’s Studio.  Though Fey has had a dazzling career as a star of Saturday Night Live and 30 Rock, a published author, and an erstwhile movie star, she got her start at Second City, a comedy troupe based in Chicago.  During the course of their conversation, Lipton and Fey discussed some of the finer points of improvisational comedy, including the guidelines that govern it.

Perhaps the two most important “rules” of improv are 1) agree and 2) don’t say “yes,” say “yes and.”  The first rule ensures that every participant in a scene respects what her partner has created.  If my improv partner says, “Check out this apple,” the scene would not be particularly successful if I said, “That’s not an apple!”  At the same time, the scene will stagnate with mere agreement.  This is where the second rule comes into play; the agreement of the first rule presupposes a contribution on my part.  If you began a scene by saying, “It sure is hot in here,” and I simply said, “Yes it is,” there is not much room for development.  If, however, I responded by saying, “That can’t be good for all of these wax figures,” the scene now has direction.

As Lipton and Fey discussed the importance of these rules, Tina made an interesting point.  These improvisational guidelines permit an actor to be completely focused on the other person in the scene, allowing him to forget all about his own preoccupations.  These rules allow participants in improv to abandon self-consciousness and be entirely available to and totally focused on another person.

Yesterday, our epistle reading was taken from Paul’s letter to the Philippians.  In the passage that we read, Paul quotes an ancient Christian hymn extolling the humility of Jesus Christ: ”

Christ Jesus, though he was in the form of God, did not regard equality with God as something to be exploited, but emptied himself, taking the form of a slave and was born in human likeness.  Being found in human form, he humbled himself and became obedient to death, even death on a cross.

These words describe the actions of someone who is utterly focused on other people, willing to sacrifice his own glory and abandon his self-consciousness for the sake of world.  Paul uses this hymn to illustrate the depth of Jesus’ self-giving love and also to encourage us to aspire to Jesus’ example of selflessness and humility.  If Jesus Christ did not exploit his equality with God, we cannot exploit the fact that we have been made in the image of God.  Rather, we must selflessly give to those who have need, focusing entirely on others, and by doing so abandoning our self-absorbed lives.

In many ways, this is what we are meant to do during Holy Week.  By focusing totally on the passion and death of our Lord, we leave behind any sense of self-interest or self-consciousness.  By focusing entirely on Jesus as he walks the way of the cross, we can give ourselves completely to our fellow human beings and to the God who loves to the point of death, even death on a cross.